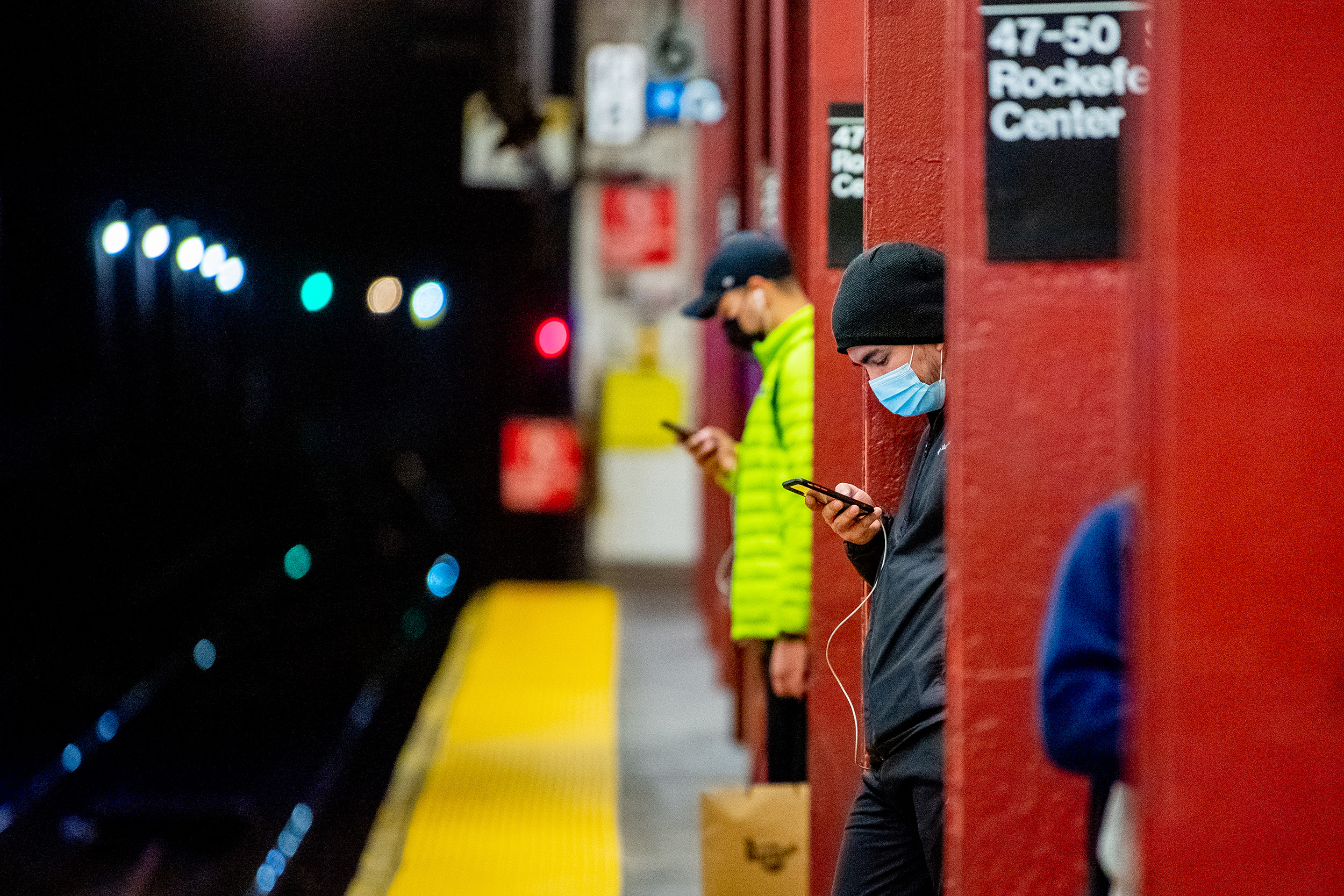 Workers called back to their office are facing new commuting hurdles as they contend with higher costs, less public transit, and new anxieties.

The percentage of white-collar workers who have returned to the office at least a few days a week has slowly increased from 17 percent to 28 percent from April 2020 to May 2021, according to a Gallup poll.

Coming into the office has familiar sights — a coffee mug with pens left in the same spot, the familiar sight of drop-down ceilings and fluorescent lights, and the faces of co-workers who have also returned. Over the summer, many workplaces are encouraging workers who want to come back to the office to do so, with hopes and expectations that more will follow in the fall.

It’s a return to something closer to normalcy. But there are, of course, adjustments. One of the first issues that recalled workers have to figure out is their new commuting schedule — or whether they want to ride public transit at all.

“I have not been on a bus or train in over a year, and I have to admit, I am scared,” said Terri Bass, a 43-year-old administrative assistant at a university in Newark, New Jersey.

Prior to the pandemic, Bass used to take a bus and then a train from her home in Jersey City. In June, she began borrowing her mother’s car to make the once-a-week required on-site appearance at work to avoid public transit. In July, she will be expected to report to the office three-quarters of the time, and then full-time in August, meaning she will soon have to ride the bus and train again and be uncomfortable.

“I literally remember the last time I took a bus coming home from work on March 13, 2020,” Bass said. “I don’t know why it was on that ride home I was hit with the realization that the disease was everywhere and I sat on the back of the bus with my sweater over my nose and mouth.”

Some workers are finding that the bus or train they used to take at a certain time is no longer in service. Buses and trains trimmed their schedules as pandemic ridership plummeted.

“The reduction in train schedules is very real,” said Tim Lomax, a research fellow at the Texas A&M Transportation Institute in College Station, Texas. “Bus fleets are not being used as much, and there have been cutbacks in agency costs, and ‘right-sizing’ for ridership… we’re seeing a return to normal, but we’re not back to normal,” Lomax said.

Now, employees are finding that they either need to come in earlier or negotiate with their boss to come in later. They also have to juggle new cost considerations: A monthly travel pass may not make as much sense for a commuter only coming two or three days a week, raising the cost per trip. Prices for ride-share services have shot up as well.

Driving, with higher gas prices than last year, has its own post-pandemic hurdles.

“The narrowing of streets due to restaurants expanding into former commuting lanes has made rush hour feel even more jam packed,” said Zhana Welch, an IT implementation coordinator in Washington, D.C. Other restaurants with outdoor dining areas are taking up parking spots.

Workers are also citing safety considerations. Crime, depressed during the pandemic, has been increasing, relative to its pandemic lows. And some riders said transit stations appear to have more itinerant individuals and drug users than before the pandemic.

Some employers say remote work has reduced employee productivity. Recalling workers presents unexpected challenges — and can create something of a stand-off between management and employees.

“We are getting pushback from certain staff. We also have one guy who refuses to get vaccinated, and one who has told us he’s never coming in to work, and if we require it he will quit,” said Robert Vogt, CEO of an automotive engineering firm in Ann Arbor, Michigan.

“I think plenty of people… don’t want the pandemic to be over,” he said.

Then there’s child care. Natalie Ramin is recently widowed with a 14-month old and a five-year-old. Last year, the 43-year-old said she was lucky to find a remote executive assistant job at a hedge fund.

As of September, the firm is mandating all employees report back to the office, causing her to feel “impending doom when I think about how I’m going to be able to swing this,” she said. Paying a nanny would cost almost as much as her salary.

“It’s making my return to work in New York City next to impossible,” Ramin said.

“That’s creating some very interesting and somewhat aggravating conversations for employers and employees,” he said.

Some employees are asking for reimbursements on gas and parking. Others are predicting that driving to work and dropping off children at day care once it opens would mean arriving at the office later than usual.

Every individual has his or her own definition of safety, even after getting fully vaccinated. In the home office, employees could completely control their risk factors. But the definition of the commute and workday cedes control, creating anxiety, Lewis said.

“Business owners and business leaders don’t do well when having to lead focusing on the emotions of employees. They would rather be decisive and benevolent dictators,” Lewis said.